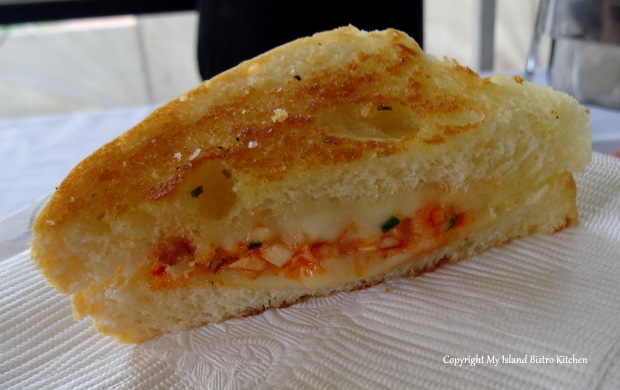 On a beautiful, warm and sunny Sunday afternoon in September, I went to the 2nd Annual Great Island Grilled Cheese Challenge event on the grounds of the COWS CREAMERY in North River, PEI.  This was a signature event of the annual Fall Flavours Festival that has been happening across PEI this entire month.

A large white tent was erected and this gigantic Holstein kept guard outside the sold-out event (350 tickets available) which was held to celebrate great Canadian cheeses. 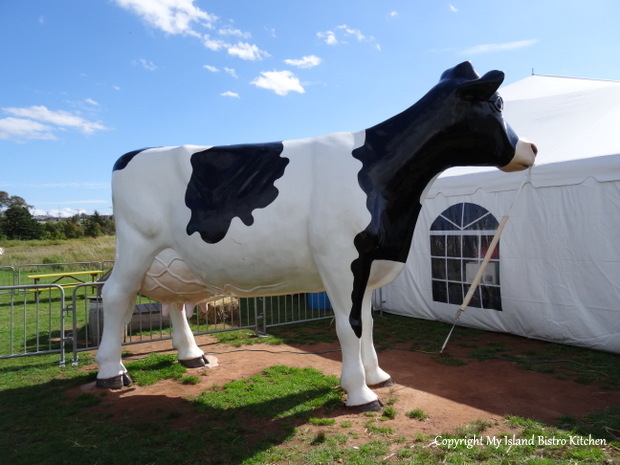 Chefs from some of the Island’s restaurants competed to see who would take home the top prize of $2000 and bragging rights for having created the best grilled cheese sandwich on PEI.  The three judges for the event were:  Phil Belanger from Dairy Farmers of Canada, Celebrity Chef Massimo Capra, and Myles MacKinnon from Hot105.5. 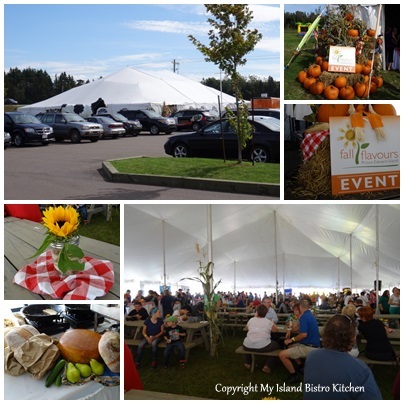 Once the judging was completed, ticket holders entered the tent and the sampling began. 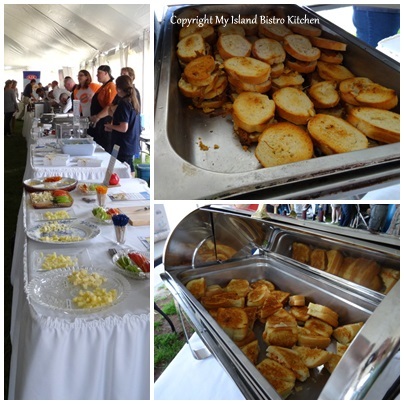 Many kinds of different breads were used including potato bread, rosemary focaccia, and raisin bread. 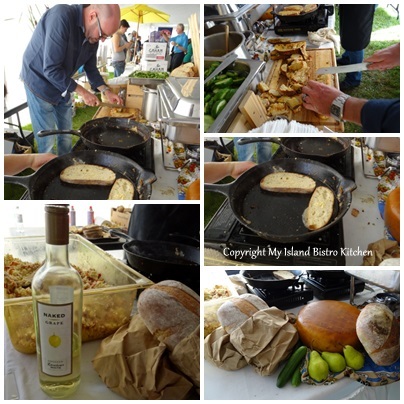 And the cheeses!  Well, of course, that’s what makes a great grilled cheese sandwich! 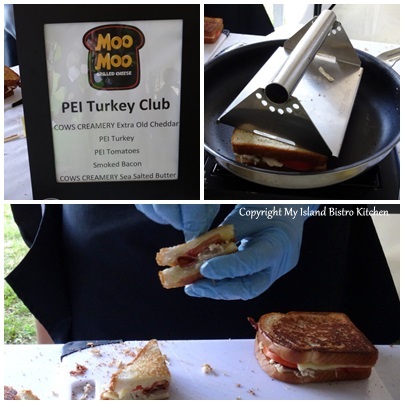 The Maritime Provinces have some mighty fine cheese makers and several were on hand with samples as well – COWS CREAMERY, ADL, Cheeselady’s Gouda, and Jolly Farmers. 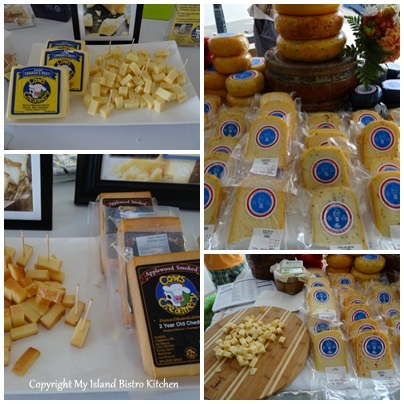 There were many different methods used to grill the sandwiches as each chef brought his or her own unique style to the challenge.

Our three PEI wineries — Rossignol, Matos, and Newman  —   had booths set up with samples of their fine wines and the PEI Brewing Co. provided beer samples. 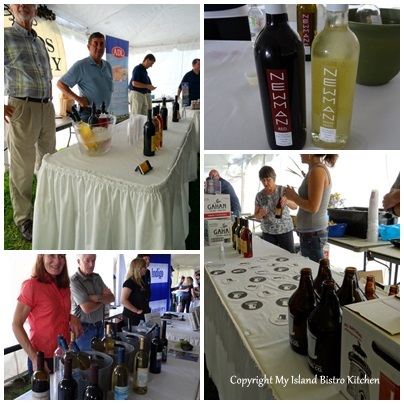 This being a signature event of Fall Flavours, a celebrity chef was part of the event.  Chef Massimo Capra joined the Sunday afternoon festivities.  Chef Massimo is currently one of the chef-hosts on Food Network Canada’s “Restaurant Takeover”.  The “3 chefs – The Kitchen Men” cookbook he authored with Michael Bonacini and Jason Parsons was also for sale at the Indigo booth inside the event tent and Chef Massimo autographed numerous copies of the popular book throughout the afternoon. 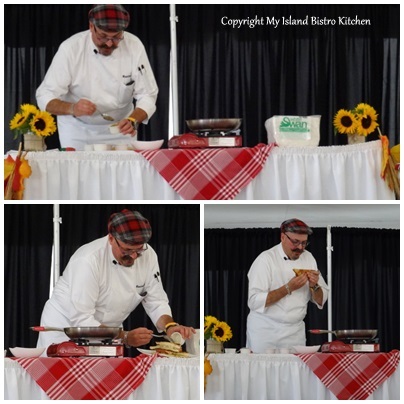 Throughout the afternoon, the Dairy Farmers of Canada presented 30-minute “All You Need is Cheese” seminars showcasing award-winning cheeses from the Canadian Cheese Grand Prix.  Ticket holders could also take a free tour of the COWS CREAMERY where their delectable ice cream and cheeses are made.  Ticket holders received 50% off COWS ice cream and 50% off admission to “That Fun Place” for the afternoon.  The kids enjoyed this because it included a bouncy house and crafts, lots to keep them entertained after they sampled yummy grilled cheese sandwiches.

Lively, toe-tapping musical entertainment for the afternoon was provided by the Avonlea Showband (Mike Pendergast on accordion and vocals; Leon Gallant on guitar, fiddle, and vocals; Remi Arsenault, stand-up bass, acoustic guitar, and background vocals; and Brendon Peters on percussion and spoons). 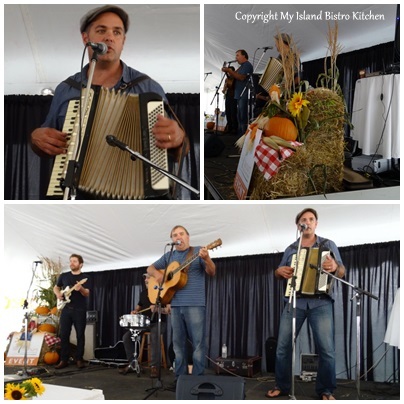 This was a wonderful afternoon event.  It was great fun watching the chefs prepare the grilled cheese sandwiches onsite.  Jennifer Caseley, event manager, says “The event is owned by the PEI Association of Chefs and Cooks and was created to promote regional/Canadian cheese makers, Island Dairy Products, to educate about the dairy industry, highlight the Canadian cheese processors through the Grilled Cheese Challenge, increase public awareness of regional cheeses, and support cheese makers in their search for excellence and in the development of new products.”

So, whose grilled cheese sandwich took top prize this year?  That went to Chef Dwayne MacLeod from the Gahan House.

Chef Andrew Smith from Red Shores placed second (yes, this was the entry that had Island lobster in the sandwich).

And, Chef Jane Crawford from the Redwater Rustic Grill was the third place winner as well as the People’s Choice winner.

Now, here is a close-up look at this year’s entries: 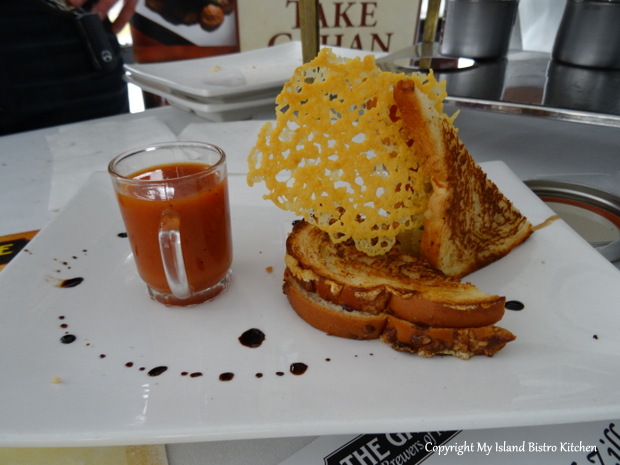 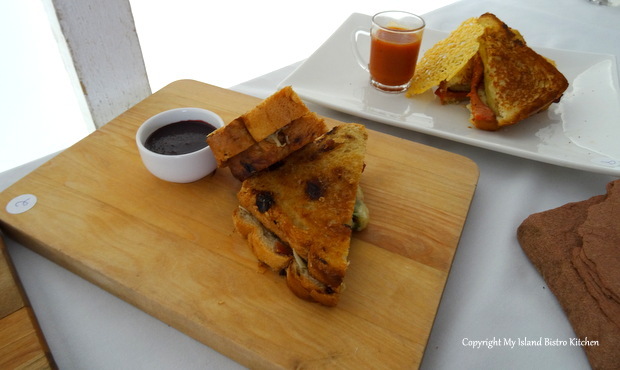 Each entry was unique in its own way as chefs brought their creativity to the sandwich filling and bread used. 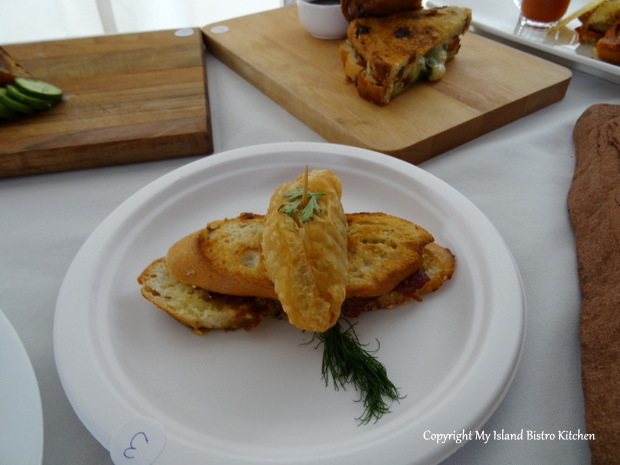 Look how the red and green dress this club sandwich! 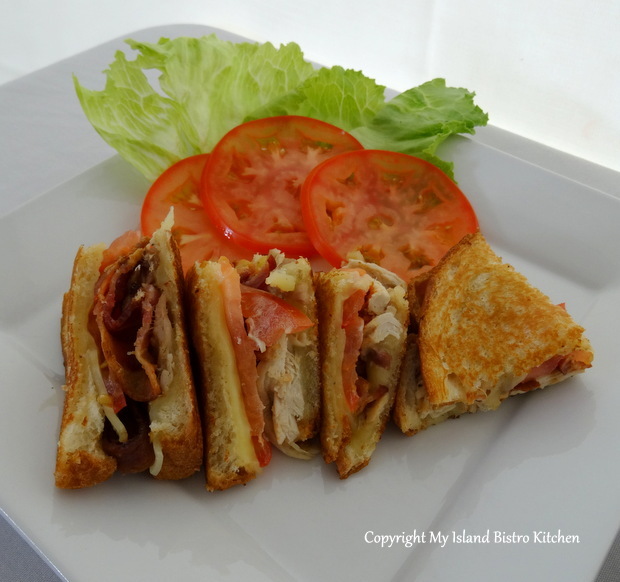 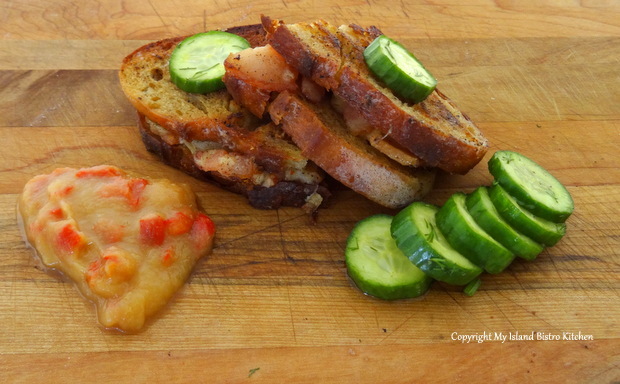 I love the PEI red rock used for presentation of this entry! 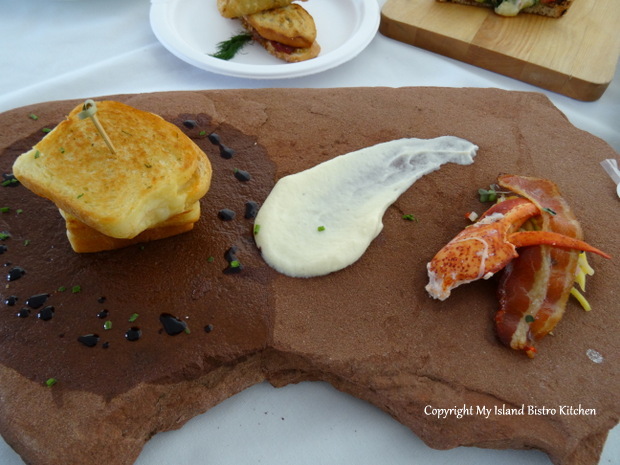 So many different breads used to create these yummy sandwiches. 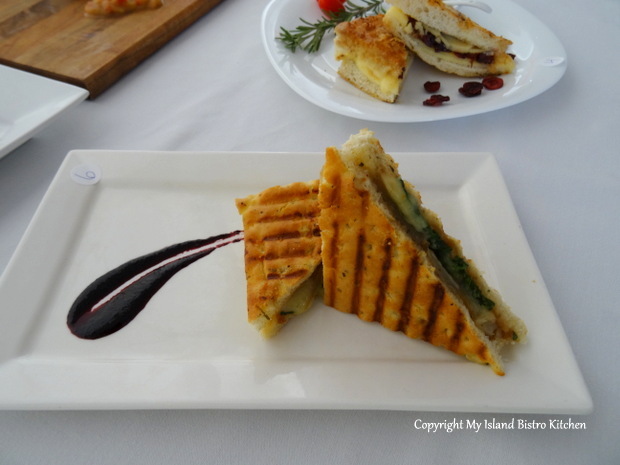 An artist’s palate is what this visually-attractive entry reminds me of! 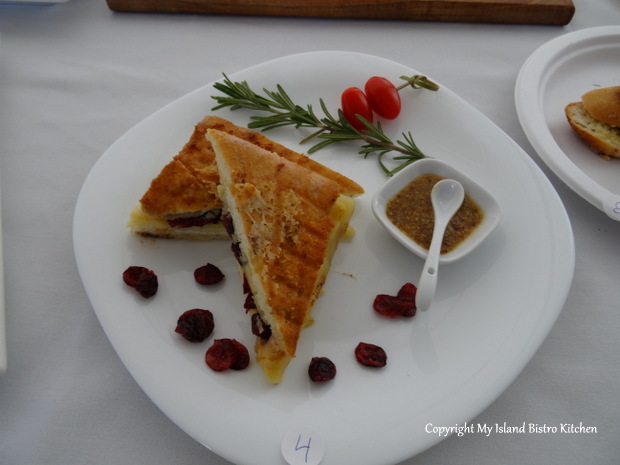