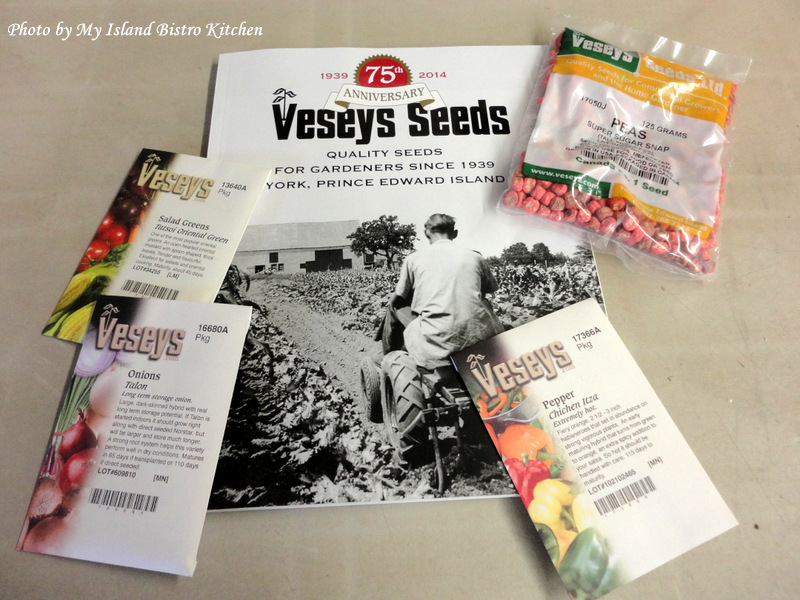 My family has a long history of planting Vesey’s seeds.  I well remember my grandmother receiving, by mail, the white envelope bearing the Vesey’s seed catalogue. 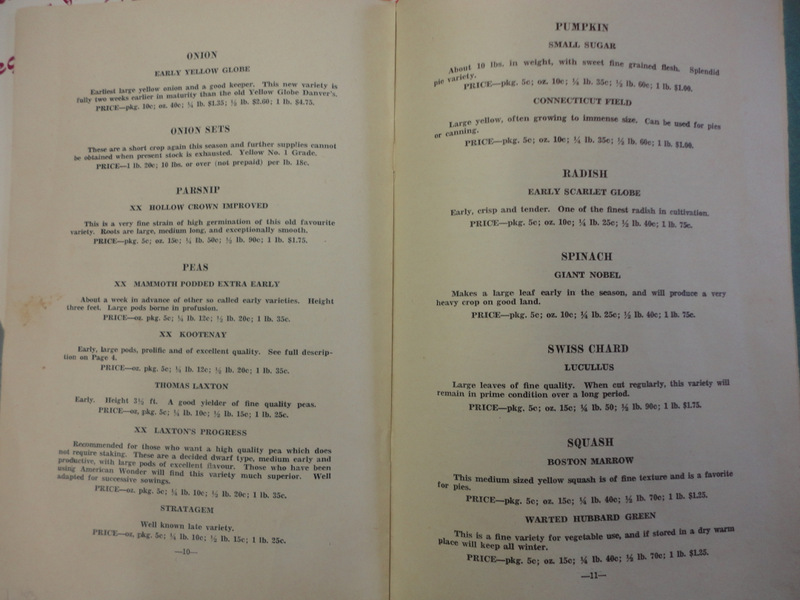 She would spend many an hour perusing the catalogue, marking an “x” beside the seeds she planned to order and turning down the relevant pages.

Now, this might not seem strange to you but what is ironic about it is that this woman never ordered a different variety of beans, peas, lettuce, or any other seed from one year to the next!  Nevertheless, she sure enjoyed those little catalogues (particularly when they started to have photographs in them) and, each spring, she would mail off her seed order (on an order form much like the one in the photo below) and, a few weeks later, the much anticipated small white box of seeds would arrive in the mail from Vesey’s in York, PEI.

Today, we either order the seeds online, by phone, mail or, for many of us Islanders, we simply drive to the Vesey’s store to pick up the seeds.  However, in my grandmother’s day, this would have been about an hour’s drive from her house and her way of doing much business was by regular postal service.

Planting a garden was of particular importance to my grandmother’s generation because the produce from the garden was what sustained a family through much of the year.  In-season, families would enjoy fresh produce from their gardens but they also ate from the gardens for the rest of the year, too.  Cucumbers were grown for pickles; beets would be canned; parsnips, onions, and carrots were stored in cold cellars for use over the winter.  Pumpkins and squash joined them and were used for jams and pies through the long, cold winter months.  You see, in my grandmother’s time, there were no big supermarkets with imported produce and, as far as farmers markets were concerned, they weren’t an item in rural PEI because most everyone had their own vegetable gardens in which they grew the produce they needed.

Once the frost was out of the ground in June, out would come the Vesey’s box of seeds and the planting process would begin.  My grandmother’s garden was always large.  She and my grandfather would debate over the straightness of the drills because, if they weren’t in proper line, people driving by would think they didn’t know how to plant a garden!  And, she wanted to make sure the garden looked full and lush because no one wanted to be known for having a “poor” garden.  That’s why she relied on Vesey’s seeds that she trusted to produce a good garden. I think my grandmother got great pleasure out of tending her garden and harvesting and processing its products.  Today, we plant a smaller garden but still use Vesey’s seeds because we know we can trust them as they have been tested to ensure they will grow in PEI’s short growing season. 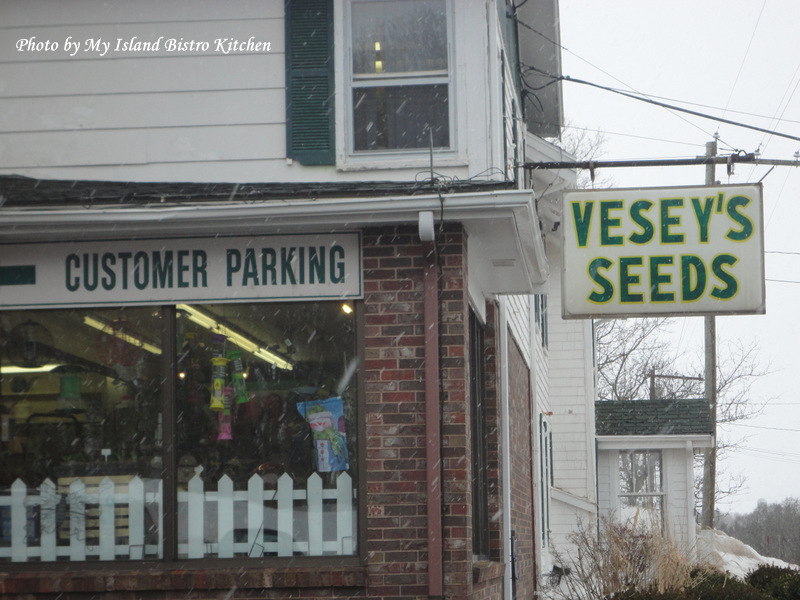 This year marks the 75th Anniversary that Vesey’s has been in business.  I recently sat down with Heidi Carmichael, horticulturalist at Vesey’s, to talk about the seed company’s operation.  Heidi has been with the company for five years and supervises the seeds that are brought in for trials and monitors how well they do in the vegetable trials.  Every seed that appears in Vesey’s catalogue has been grown in a trial plot at Vesey’s to ensure it will grow in our Island climate. 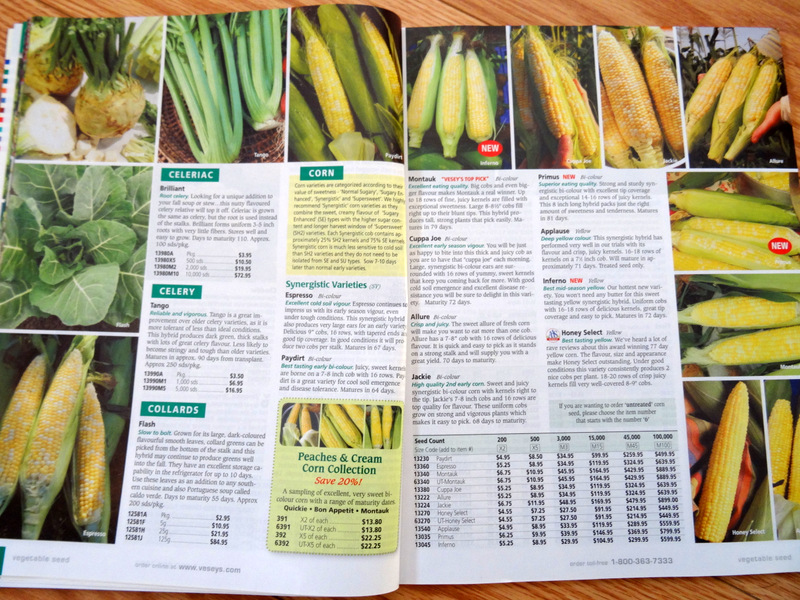 Vesey’s Seeds was started in 1939 by Arthur Vesey (now deceased).  The current owner, Bev Simpson, began working with Mr. Vesey when Bev was just 16 years of age.  Today, he is joined by a son and daughter who also work at Vesey’s, a company known for its excellent seed quality products, loyalty to customers, and good customer service.

Vesey’s seeds come from all over the world.  However, before a seed variety will be offered for sale, it will be grown and tested in Vesey’s trial plots, usually over a couple of years so the seeds can be tested over different summers with different growing conditions.  It is important that imported seeds pass the germination test as well as a purity test for no diseases or weeds. The company has two acres of trial plots for regular vegetable seeds and one acre for hot field crops like tomatoes, peppers, and eggplants.  It’s not uncommon for 90-100 tomato varieties to be under trial at the same time.

Both new and existing varieties of seeds in the annual Vesey’s seed catalogue get tested every year.  Today, Vesey’s markets over 700 varieties of seeds and some are not vegetables that you might think would grow in cool Maritime climates, like avocados and watercress, for example. 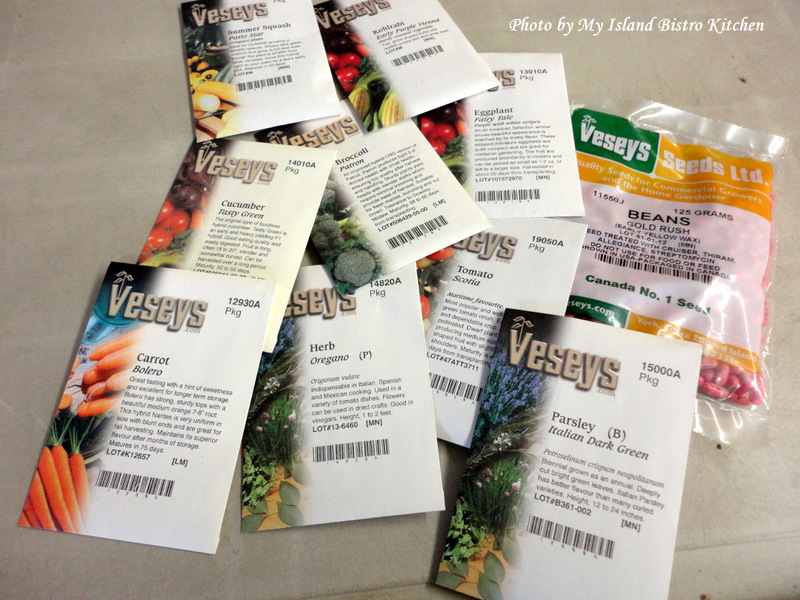 Vesey’s sell both conventional as well as organic seeds to respond to the growing demand for organic products.  Heidi tells me that, each year, Vesey’s adds more organic seeds to their offerings.

A long-time mail order company, I asked Heidi if the popularity of online shopping in recent years has impacted their operations.  She says internet sales have grown and, while the paper copies of the catalogues still remain popular, they are seeing more web orders for seeds.  In fact, they ship their seeds all over North America and shipping orders make up the majority of their sales.

Seventy-five years is a significant milestone in any company’s business.  I asked Heidi to what Vesey’s attributes their ongoing success and longevity.  She believes, first and foremost, it is Vesey’s customer service.  Second, the availability of good quality land to test seeds to ensure that what they offer for sale will actually grow in our climate.  Third, the long-time experience of seed-testing and growing means gardeners can trust that Vesey’s seeds are credible.  Fourth, the company has carefully and intentionally grown and kept up with the times.  As Heidi says, Vesey’s is “not just seeds” – you can buy everything you need to garden at Vesey’s because they have different departments like rototillers and lawn tractors, landscaping needs, and flowers and bulbs, for example.

Heidi says Vesey’s is continually searching out new vegetable and seed varieties and they remain current on what customers are looking for.  For example, as Canada becomes more culturally diverse, Vesey’s is looking at the foods immigrants to Canada are likely to be seeking.  This year, the company is currently testing vegetable seeds like Chinese greens because there are a number of Asian immigrants in the country.

Something that Vesey’s has started doing is putting together convenient theme garden packages of seeds.  For example, they offer a salsa seed package that will contain the seeds you need to grow all the vegetables and herbs for making salsa.  This makes it easier for the customer who doesn’t have to go in search of individual seed packages and put together their own seed package combinations.  Vesey’s also offers a tomato-themed seed package that will contain a collection of several different kinds of tomatoes from early to late varieties, including beefsteak, plum, and cherry tomatoes. 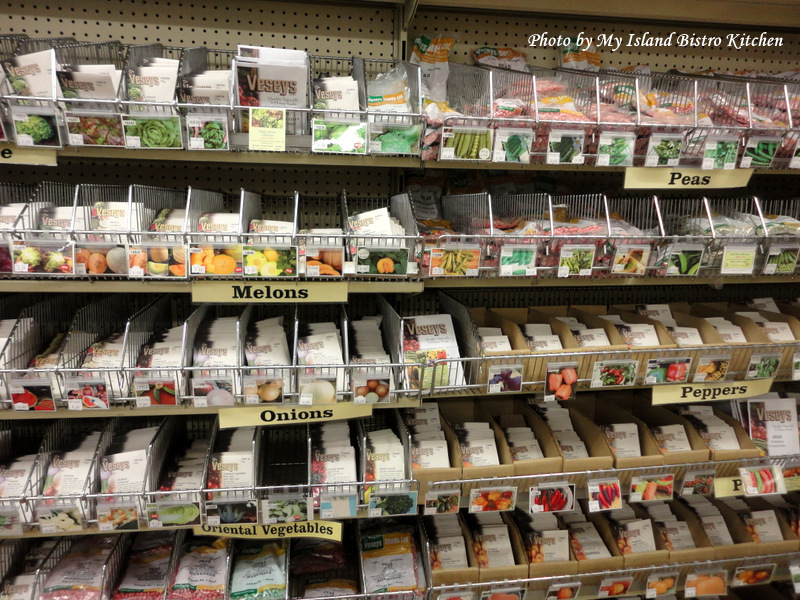 Before we ended our chat, I asked Heidi if she could offer some advice for the first-time gardener thinking about starting his or her own garden.  Here are her tips:

1)                  Get a soil sample analysis.  Take a small sample (about 1½ cups) of your garden soil to a government-run lab that will do a soil analysis for you.  There is usually a nominal fee involved but the analysis will tell you what you need to add to your soil for nutrients.  For example, it may indicate you need to add lime and/or peat moss to make more acidic nitrogen to help your plants grow better.

4)                  Grow what you like to eat and know that you will use.  Plant some seeds that will quickly yield produce, such as greens like spinach, so you’ll see some quick results.  Tomatoes and peppers are good suggestions, too, because they can be eaten on their own as well as used in many recipes.  Herbs are also good for first-time gardeners because they are easy to grow and are very versatile in their usage and can be dried for winter use.

5)                  If space is limited, consider growing pole beans and trellised cucumbers and beans as this will leave more ground space to grow other vegetable varieties.

Vesey’s trial plots are located behind their main building in York, PEI, and are open to the public.  Heidi tells me each plot is marked to indicate what is being grown so you will know what seeds Vesey’s is currently testing and that may make their way into a future catalogue.  In case you are wondering what happens to the produce from the trial plots, Vesey’s donates it to the local food bank.

When you are visiting the trial gardens during peak growing season, be sure to also stop by “Arthur’s Memorial Garden”, a garden established in honor of the man who began the seed company 75 years ago.

As the old saying goes, if you want to be really sure where your food comes from, grow your own produce.  It’s been a long, cold, brutal winter in the Atlantic Provinces this year and most — particularly gardeners — are yearning to see some plant growth.  It may still be a while before any of us can dig around in our gardens or see any locally-grown produce; however, it is not too soon to start planning our vegetable gardens and making our seed selections.  So, while blizzards may still be hitting Eastern Canada when the calendar tells us it is spring, why not head over to the Vesey’s website and browse through the colorful photographs of garden-fresh vegetables and dream of summer gardens and fresh produce.

My thanks to Vesey’s Seeds and, especially to their horticulturalist, Heidi Carmichael, for taking time out of busy days to talk with me about gardening.