The opening of the spring lobster season on Prince Edward Island is always an event.  Fishing boats, laden with lobster traps like those in the photos below, depart wharves around the Island in the very early morning to set their traps, often going several miles out to sea.  This is called “setting day” and it is not uncommon for people in the local fishing communities to head to their local wharves to see the fishing boats off.  Setting day 2013 was yesterday, April 29th.  I didn’t make it to a wharf yesterday or today but I am sharing some photographs I took during fishing season 2012.

Several communities also have church services known as the “Blessing of the Fleet” services on the Sunday before setting day.  These are sometimes held inside nearby local churches but, most frequently, they are held on the wharves of the fishing ports.

Today was the first day of the season that fishers could check their set traps and bring in their catches.  The photos below were taken at North Lake Harbour, PEI on June 1, 2012; however, the same scene would be playing out today at many harbours across PEI.

Boats at rest after their day’s work fetching the catch.

And, once they are cooked, look at the fabulous rich color of these freshly caught PEI lobsters!

Many Islanders will be dining on fresh lobster for supper this evening.  For many, it is a tradition to have fresh lobster on the first day of the catch.  This is one of the benefits of living on an Island – we have plenty of fresh seafood.  Many (including myself) will argue that lobster from the spring fishery is better than lobster fished later in the summer from waters that have warmed up over the season (even though lobster from the later catch is very good, too).  I don’t know why it is but lobster from the cold Atlantic water always does seem to taste better and I think even has a better texture meat.

I remember the first time I was on a Caribbean cruise many years ago, ordering lobster from the dinner menu.  My taste buds were salivating for what I knew to be lobster taste.  Oh my!  It didn’t taste like lobster at all as I know it.  That’s when I discovered the difference in taste of lobster that comes out of cold water and that out of very warm waters!  I never ordered lobster from a cruise ship menu again.  I wait for the good PEI lobster at home!  The ironic part of this is that I never liked lobster when I was growing up.  In fact, when the family would be chowing down on lobster, my mother always roasted me a chicken!  However, they convinced me to try a bite of it when I was probably about 18 years old and I’ve never looked back and have more than made up for it since!  I love lobster by itself and in just about any other recipe imaginable!

So, tonight, I am dining on Lobster Cakes to celebrate the opening of the 2013 PEI lobster fishery season and am sharing my recipe with you. 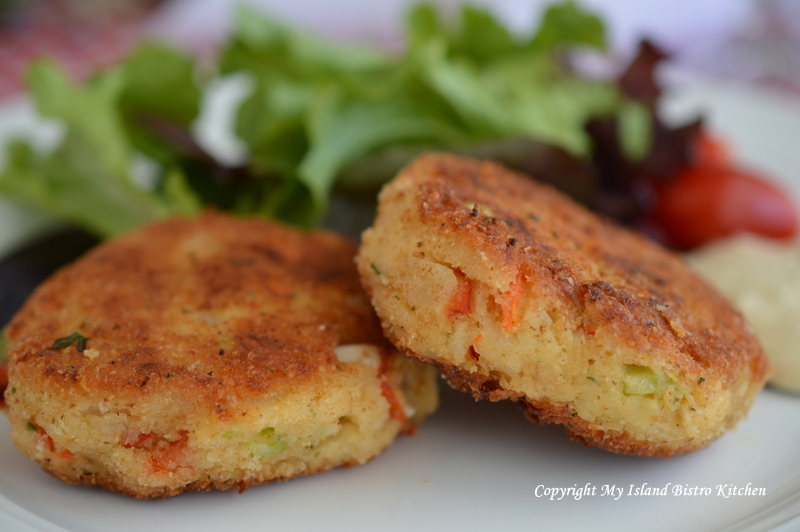 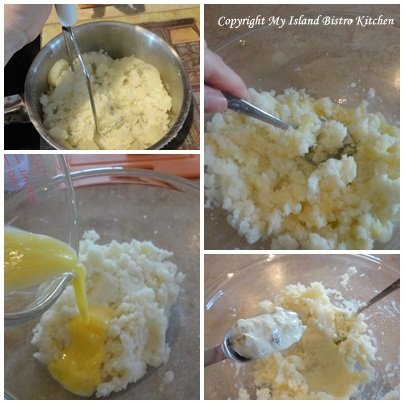 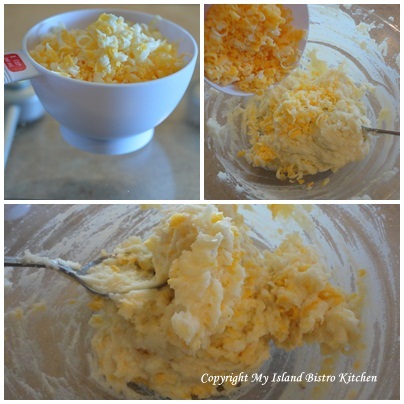 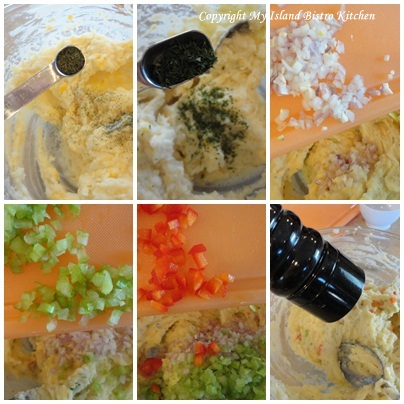 Lastly, add the lobster and mix well.  Add just enough of the first amount of bread crumbs so the mixture will hold together and can be formed into patties. 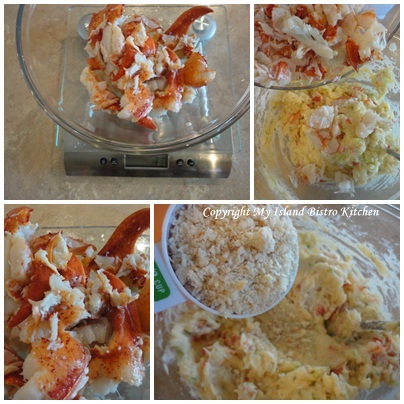 Using ¼ cup measuring cup, scoop up mixture and form into round patties.  In shallow bowl, place the seasoned bread crumbs.  Dredge each patty in the bread crumbs until completely covered on all sides.  Place on wax-paper lined baking sheet and chill for 1 hour to allow flavours to blend and for patties to become firm so they won’t break apart when sautéed.

Heat oil in non-stick skillet over medium-high heat.  When oil is hot, reduce heat to medium and sauté lobster cakes 2-3 minutes on each side, until golden brown.  Transfer browned cakes to greased baking sheet.  Bake in oven 6-7 minutes to finish the cooking process and allow cakes to become firm so they will hold together. 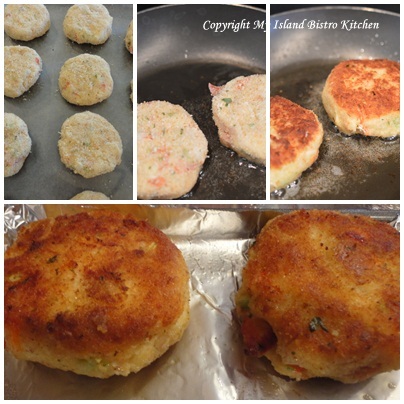 Serve lobster cakes, 2 per person, hot with citrus aioli or your favorite tartar sauce and a side of green salad. 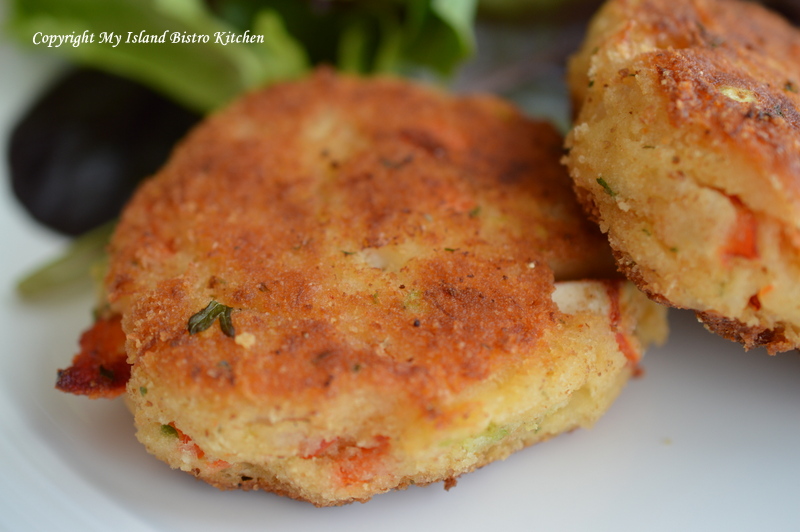 These cakes freeze well, uncooked.  When ready to serve, simply remove cakes from freezer and thaw.  Sauté and bake as described above.