Shrove Tuesday is often commonly referred to as “Pancake Day” or “Pancake Tuesday”.  Shrove Tuesday always falls on the Tuesday before Ash Wednesday which signifies the beginning of Lent, a 40-day period leading to Easter in the Christian calendar.  In some denominations, Lent is a period of abstaining from certain things, which may include rich food indulgences such as meals made with butter, eggs, and fat, for the 40-days of Lent.  So, legend has it that the day before Lent was the last day to indulge and also to feast on the foods that would not carry over and last until after Lent – foods like butter, eggs, and milk.  Or, perhaps it was considered best to get the items used up before Ash Wednesday lest they become temptations during Lent, a period of fasting!  Supposedly, if they mixed together some butter, eggs, fat, milk, flour, and some sort of leavening and put that in a pan on the stove, it produced pancakes! 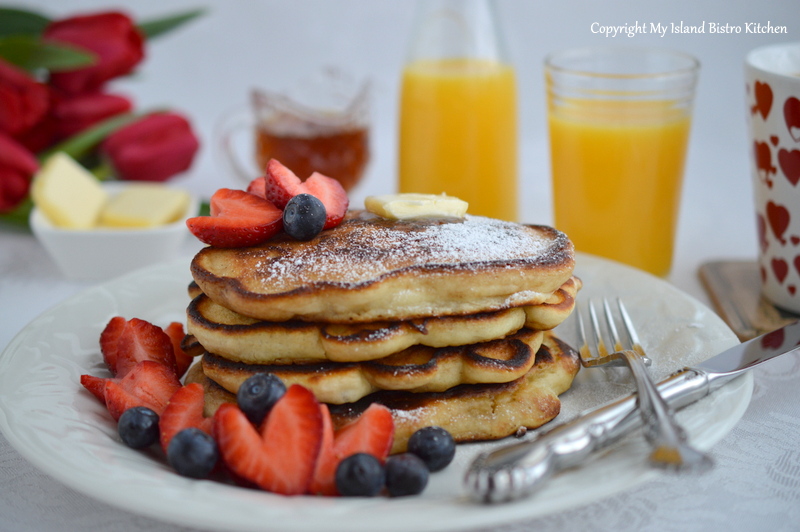 On PEI, there are always lots of pancake breakfasts or suppers on or around Pancake Day.  Some use them as fundraisers and others, well, it’s just part of tradition.  One way or another, many Islanders will have, or serve, pancakes for a meal today, either for breakfast or for supper. 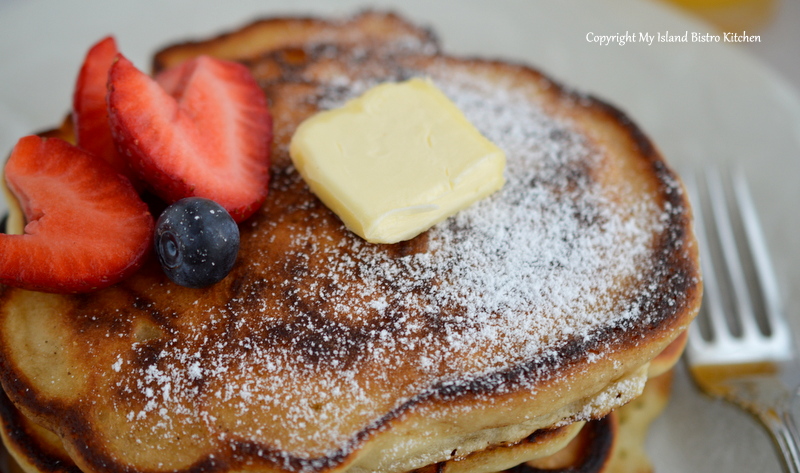 This year, with Easter being early, Pancake Day happens to fall just before Valentine’s Day.  So, I’ve opted to dress the pancakes up by serving them with strawberries shaped into hearts along with some fresh blueberries. 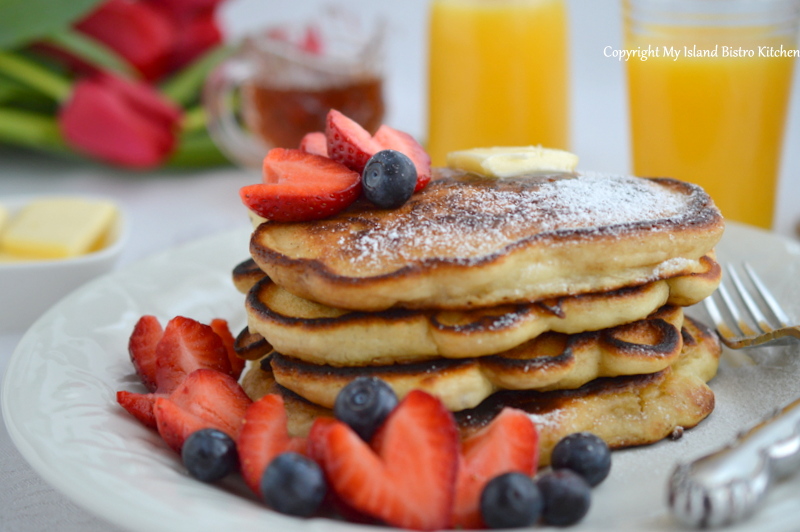 And, of course, you know, I’m going to have some gorgeous Island-grown greenhouse red tulips from Vanco Farms (Mount Albion, PEI) on the table somewhere! 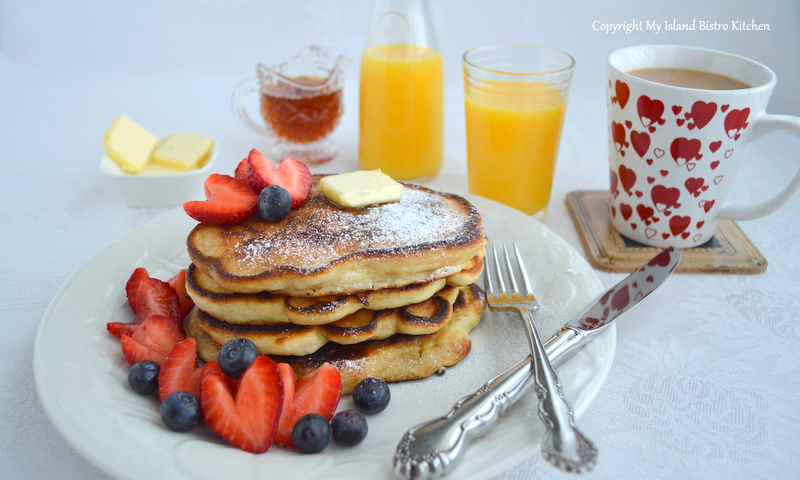 Pancakes are a simple food, not taking any ingredients unlikely to be found in most cupboards.  There are many variations to the basic pancake recipe; blueberries, chocolate chips, apple, and just about anything can be added to the pancake batter.  Butter and maple syrup are the most common toppings although blueberry, strawberry, chocolate, or other favorite sauces can also be used.

I tend to like the plain pancakes with butter and maple syrup and a light dusting of confectioner’s sugar and some fresh fruit on the side. 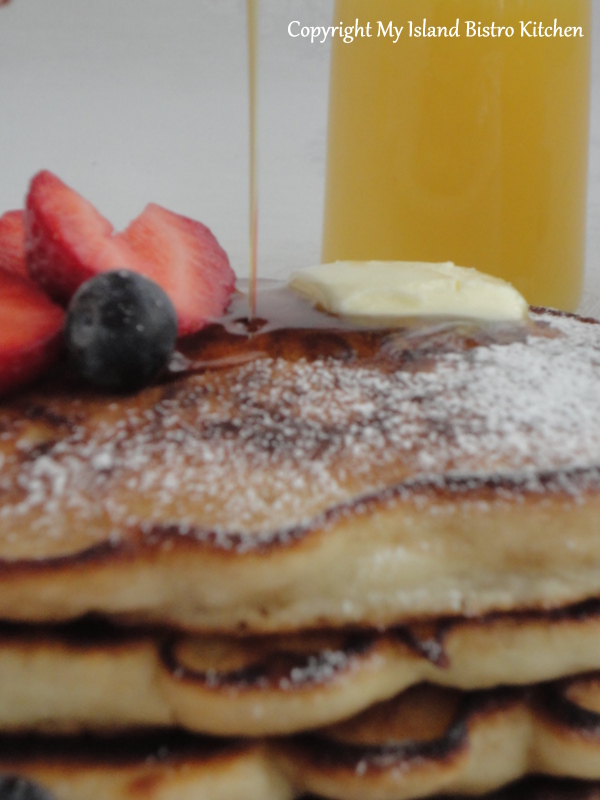 And, of course, I am using pure, all-natural Canadian maple syrup! 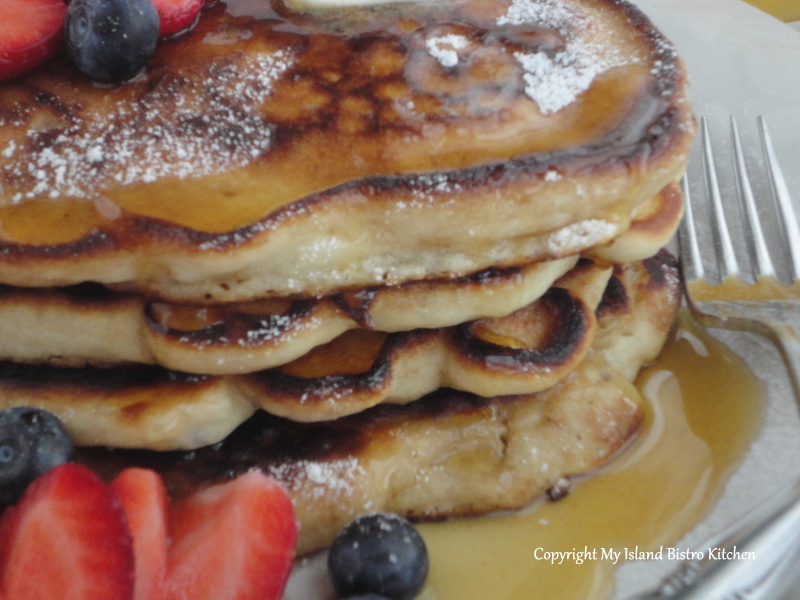 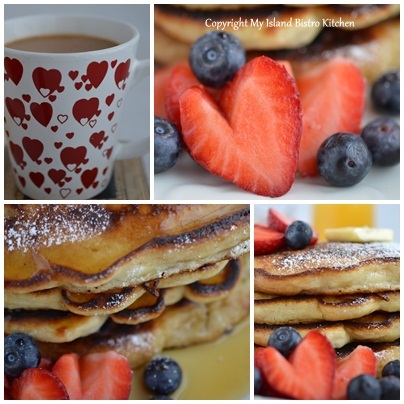 Some recipes will result in flat pancakes, almost crepe-like just as my grandmother used to make, while pancakes from other recipes will rise and be quite thick.  My recipe produces nice, puffy pancakes.

Today, I made just a half recipe of the pancakes as my recipe halves as easily as it doubles.   Here is the full recipe: 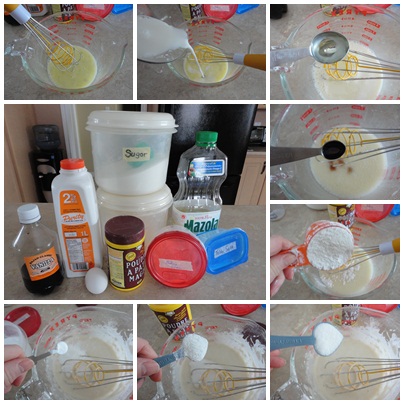 Meanwhile, melt about 1/2 tbsp butter in skillet.  Using 1/3 cup measure, pour mixture into round shapes in skillet – I don’t worry about getting the pancakes perfectly round shapes.  When pancakes are puffed up, edges start to appear dry, and bubbles appear on tops of pancakes, turn the pancakes to brown their other side. 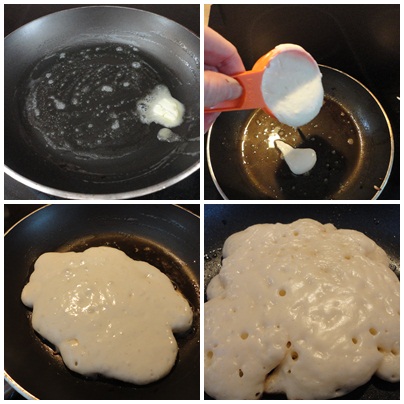 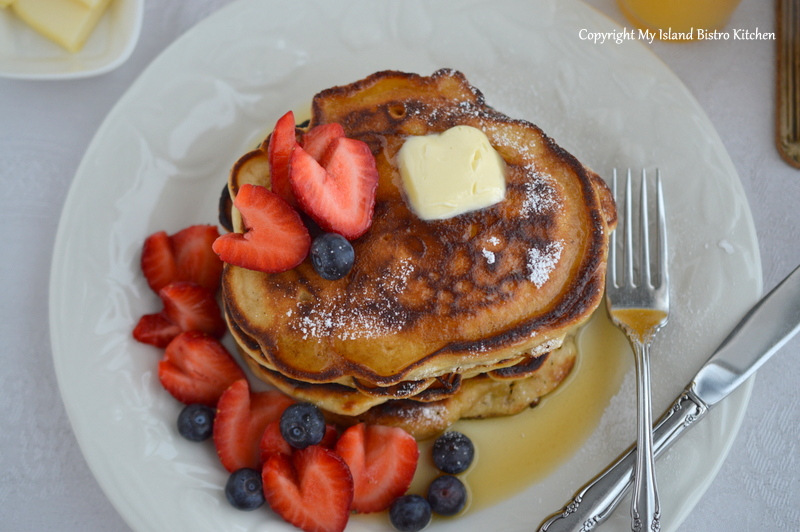