If you’re in PEI in the month of September and see huge white tents with mobile kitchens nearby along with chefs bustling about, chances are there’s a Fall Flavours Festival event happening. 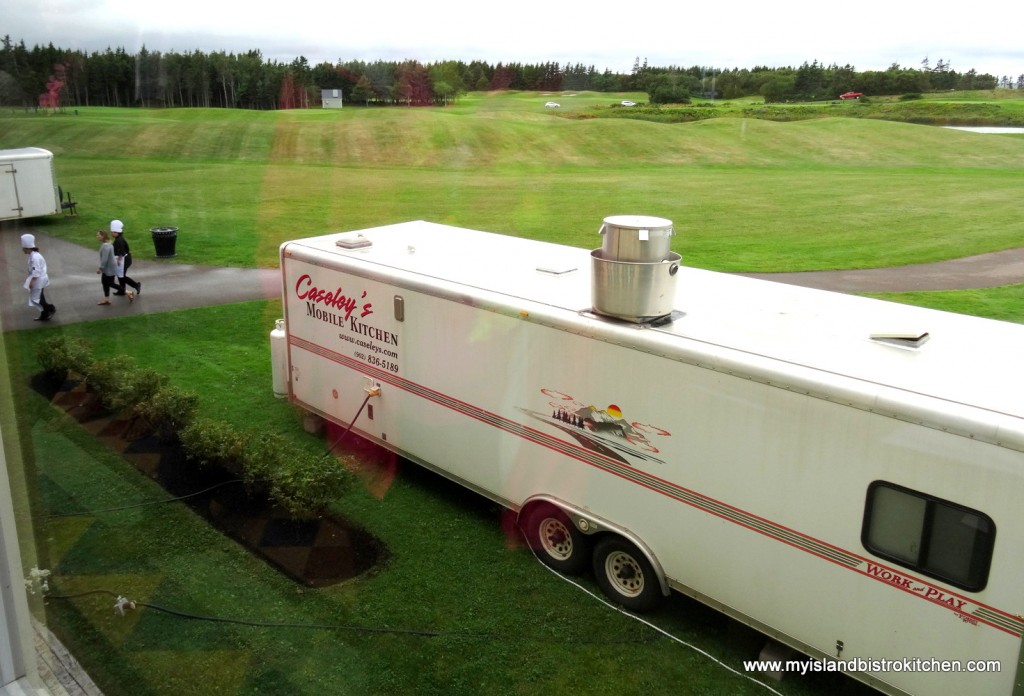 On Sunday, September 14, 2014, I traveled to the Rodd Crowbush Golf and Beach Resort in Morell, PEI.  That’s where the sold-out Fall Flavors signature event, “Lamb Luau” hosted by celebrity chef, Chuck Hughes, was being held.  This event was a partnership of Island East Tourism Group and the Rodd Crowbush Resort.

The main entrance to the hotel was decorated for fall. 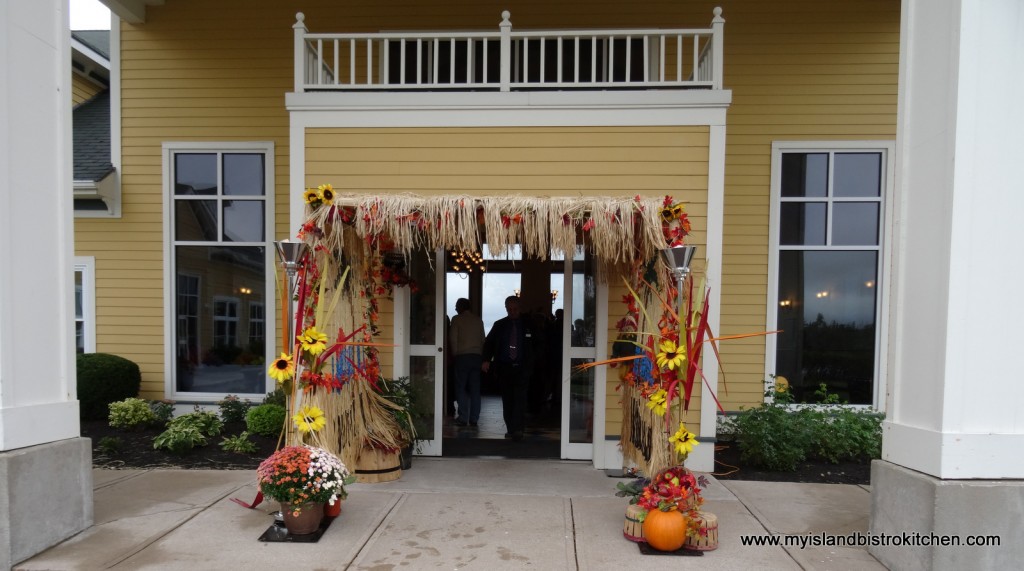 Guests were greeted inside the hotel’s reception area and each presented with a lei and a Strait Shine® signature drink.  Rum Mai Tai Punch with Myriad View Shine, anyone? (yes, the legal kind!).

Ever tried a pickled mussel?

Kerri Wynne MacLeod (pictured below), who co-hosted the event along with Patrick Ledwell, signalled when it was time for guests to make their way to the large tent on the Resort’s grounds where the main event was taking place.

Guests were seated at round tables in the centre of the tent with food stations set up around the outside edges of the tent. 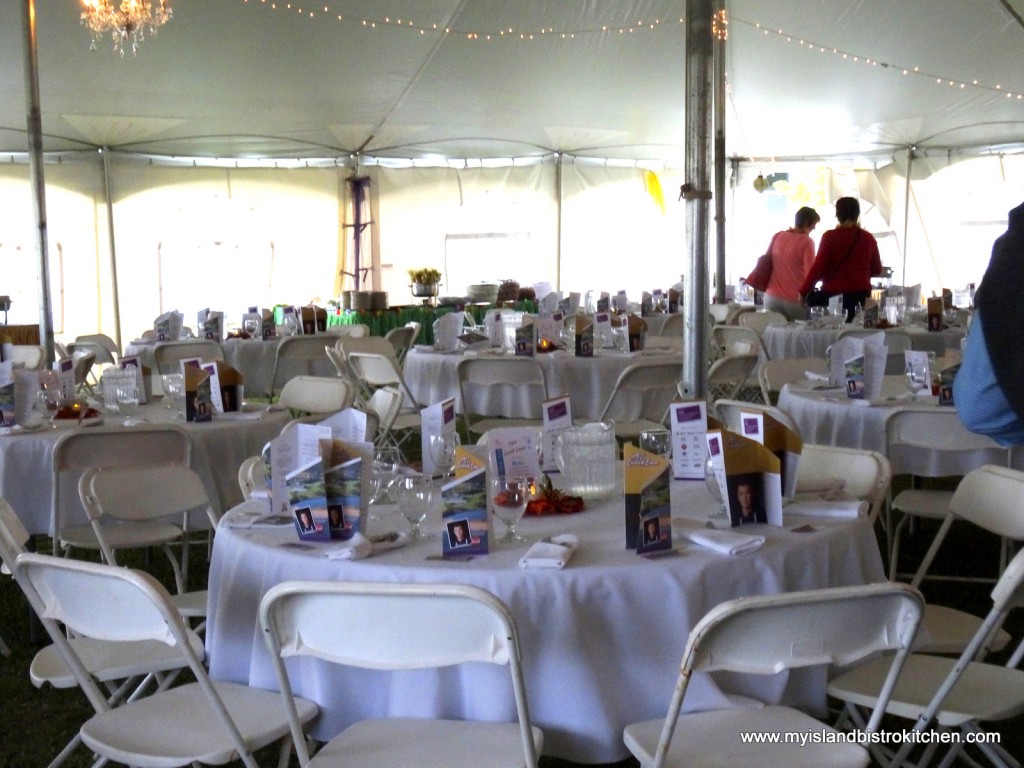 Food stations were themed.  There was a seafood station, carving station, hot station, salad and vegetable station, potato station, and dessert station and each station was color-coded (yes, the colors of leis that guests selected mattered!).  For the first “go” at the buffet, guests were directed to go to the station that had a colored ribbon that matched the color of their lei so that not everyone converged on the same station at the same time and so that everyone could quickly be served food without long delay of waiting as tables were individually called to start.  After the first “go-round”, guests were free to choose the food stations at their leisure in any order they so chose. 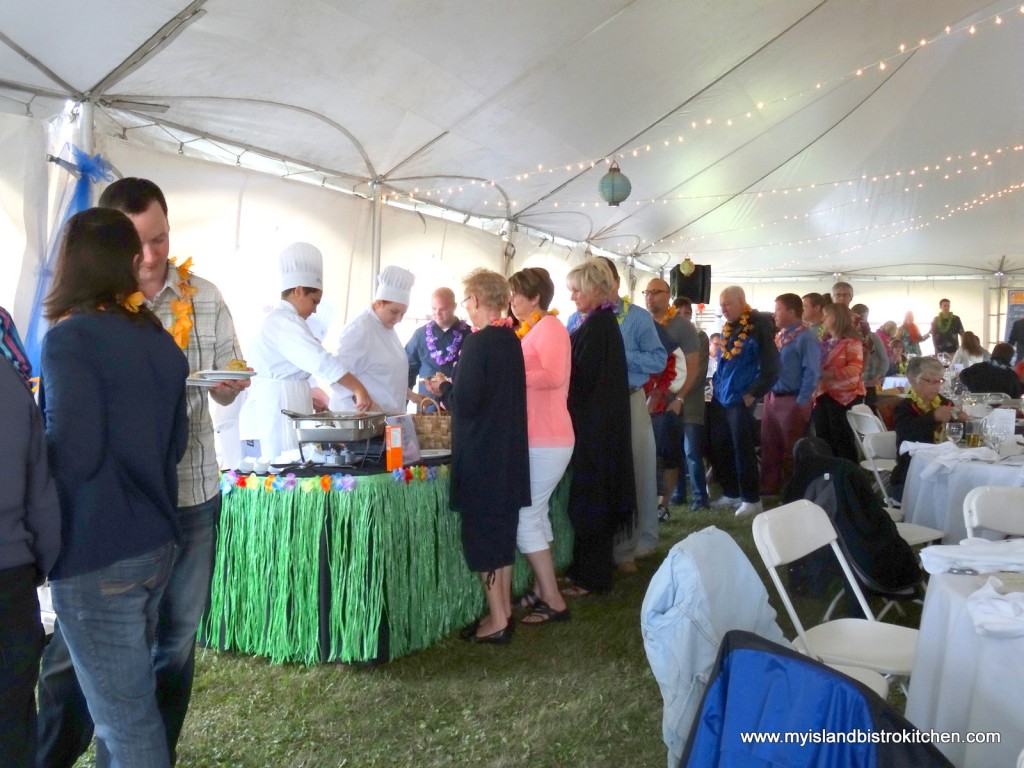 While Island lamb was a highlight of the event, there were many other Island foods featured as well.  Lots of seafood including mussels, oysters, lobster, and scallops; BBQ pulled pork; duck; Island corn on the cob; various salads; roasted PEI potatoes, to name but a few.  Take a look at the menu:

What would a PEI food event be without some oyster shucking! 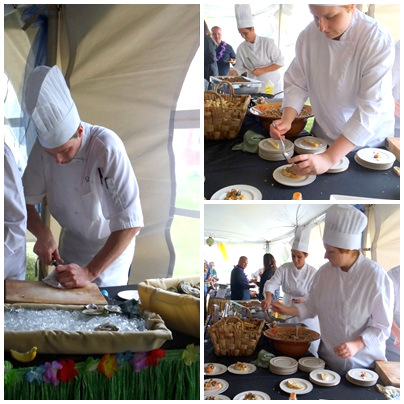 Take a look at this yummy lobster and mussel bruschetta.

This being a signature event of the PEI Fall Flavours Festival, a Food Network celebrity chef was in attendance.  Chef Chuck Hughes circulated throughout the evening, posing for photographs and signing copies of his cookbooks which were also on sale during the event.

(When you see Chef Hughes, be sure to ask him about all his food-themed tatoos, some of which he got on PEI during his visit for the Lamb Luau event.) 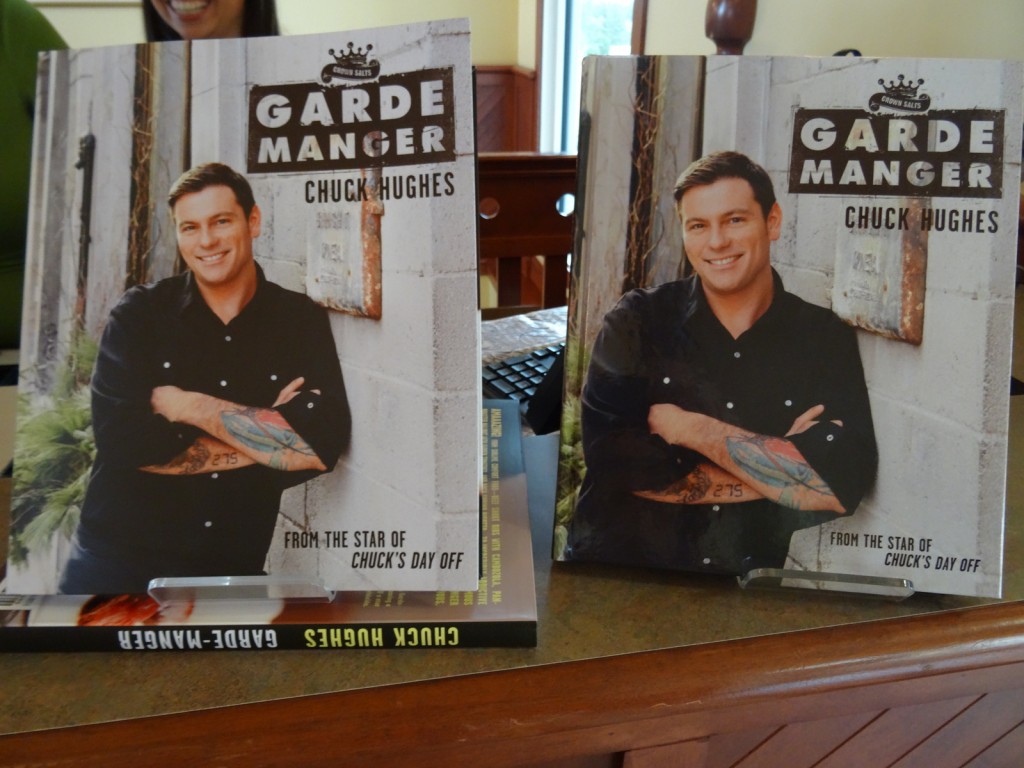 Musical entertainment was provided by Dylan Menzie and Band followed by a presentation of the Down East Dancers and a limbo demonstration.

Some desserts to finish off the evening — Whiskey ice cream proved popular as did the chocolate mousse and pumpkin crème brulée.

Fall Flavours events, such as this one, are a great way to become acquainted with the many fine foods grown or produced on PEI.  It’s also a chance to try foods you may not have tried before or maybe some familiar foods but prepared in a new or different way. 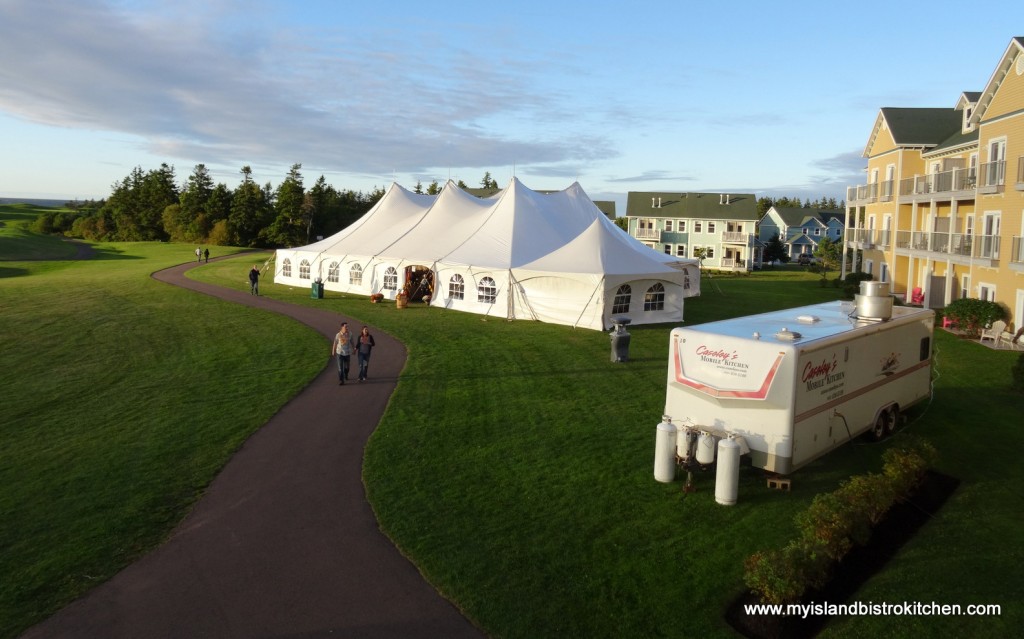