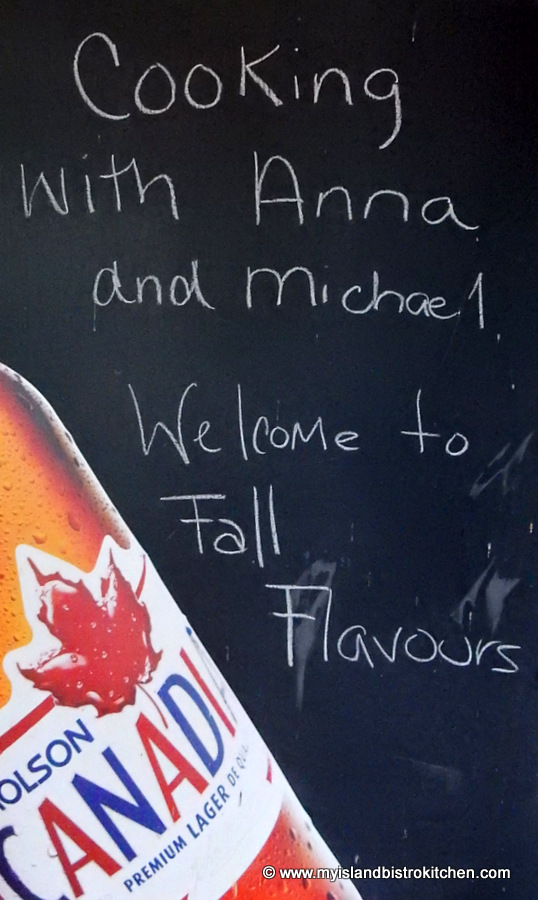 The PEI Fall Flavours Culinary Festival introduced a new culinary event in 2015. While still classed as a “signature” event, the “Cooking with Chefs Anna and Michael Olson”, was a small, intimate, casual gathering of about 50 people on a sunny Sunday afternoon at the Rodd Brudenell River Resort in Prince Edward Island. The Olsons’ relaxed and authentic style along with their sense of humour made for a lovely and informative afternoon. 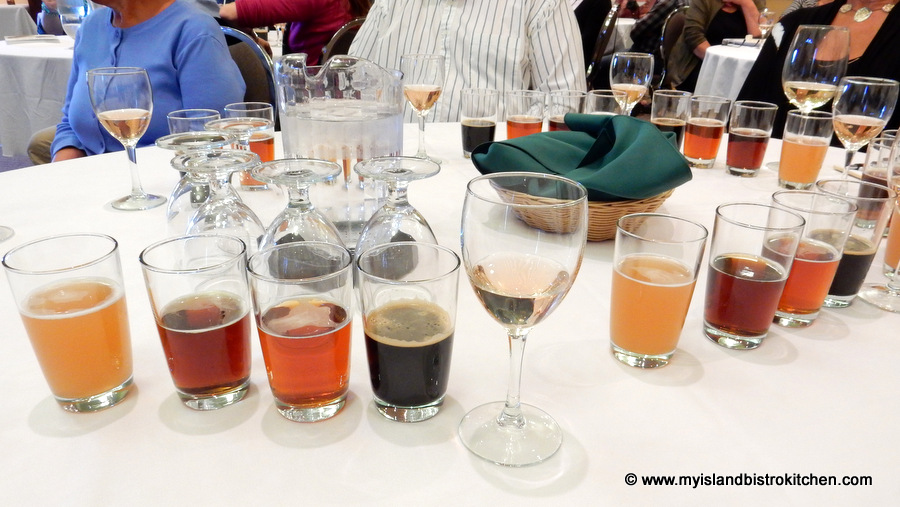 Locally-brewed beers from PEI breweries were used to pair against locally-made cheeses (with the exception of the Brie cheese which came from New Brunswick because there is no Brie currently made on PEI).

The cheeses were from Glasgow Glen Farm in New Glasgow and COWS Creamery in North River on the outskirts of Charlottetown. 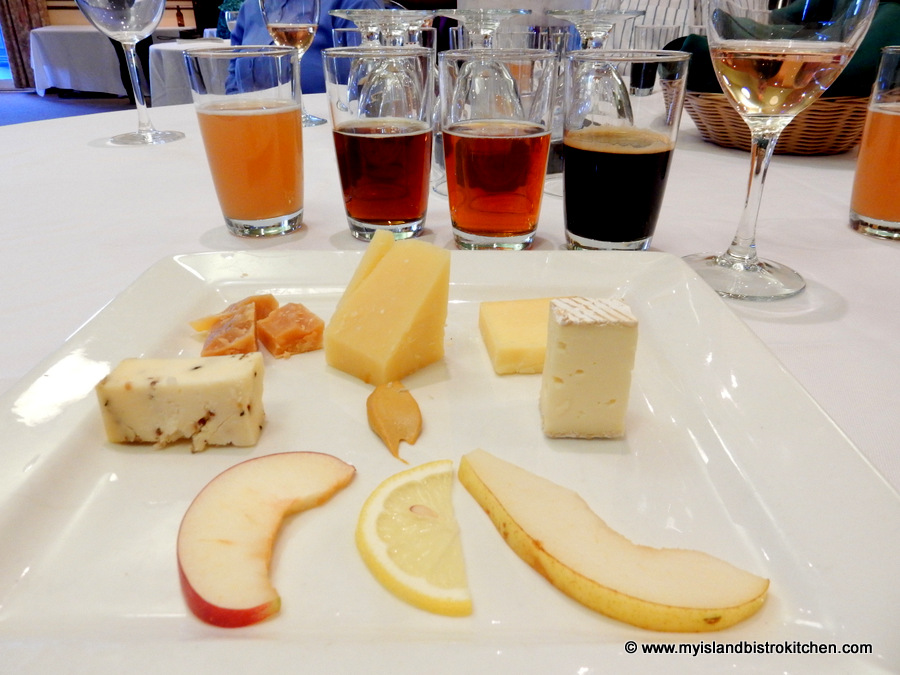 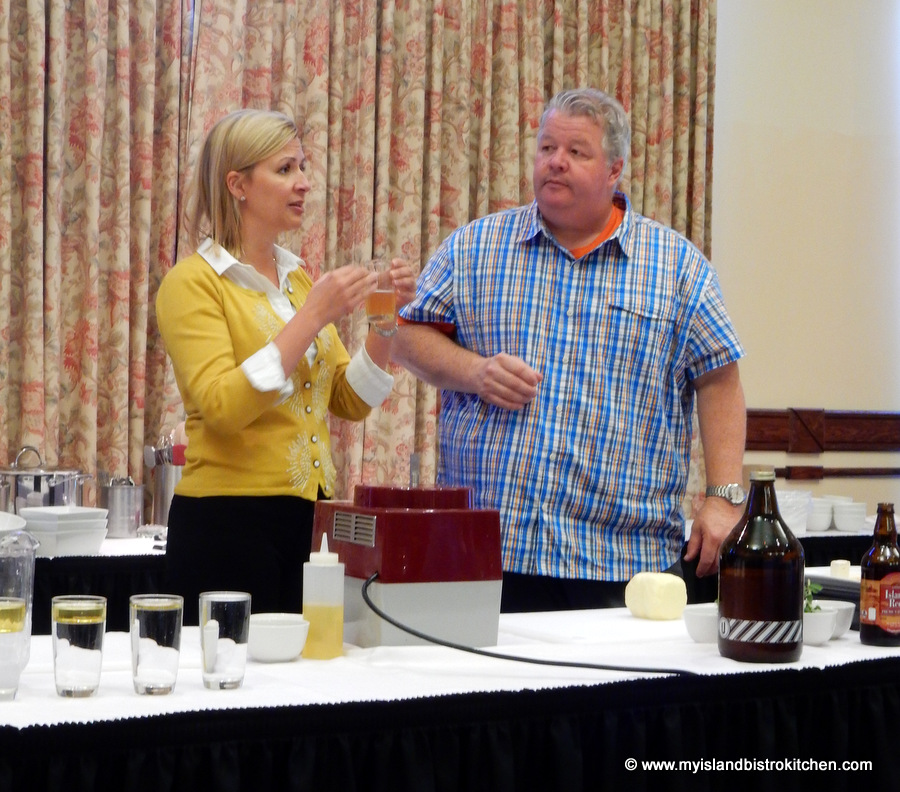 The Olsons also suggested some food pairings with the beer.  They suggest Upstreet Craft Brewing’s “Rhuby Social Strawberry Rhubarb Witbier”  pairs well with seafood – in particular, mussels, clams, and white fish. “Island Red” ale  compliments roasts, ribs, and barbequed foods.  Chef Michael referred to the “Sydney Street Stout” as the “red wine of beers” so suggested it could be paired with a wide variety of foods including oysters, roast beef, rich cheeses, and desserts. In particular, he says that onions and stout are a great combination to make a rich sauce for meat.

The Olsons offered a cheese and wine pairing suggestion using wine from Benjamin Bridge Vineyards in Nova Scotia which was this year’s wine sponsor for the Culinary Festival. They suggest that the “Nova 7” wine, that has a hint of sweetness, pairs particularly well with double cream Brie.

The second half of the afternoon was devoted to a cooking demonstration.  Three dishes were prepared: PEI Mussels steamed in Ale with Mustard; Apple and Cheese Scones, and Schnitzel Sliders.  As they demonstrated the food preparation, Chefs Anna and Michael offered cooking and baking tips. 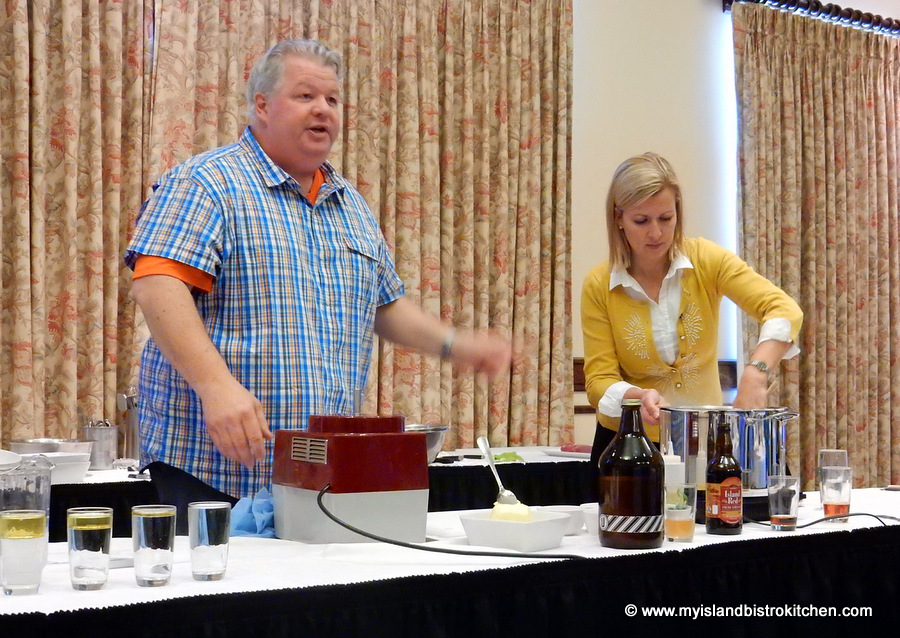 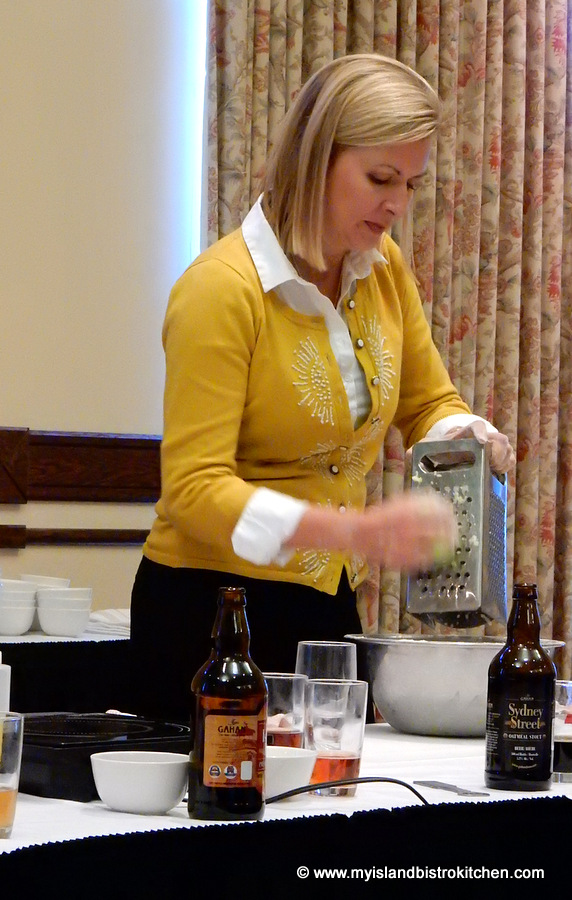 And, yes, we did get to sample the food, too! 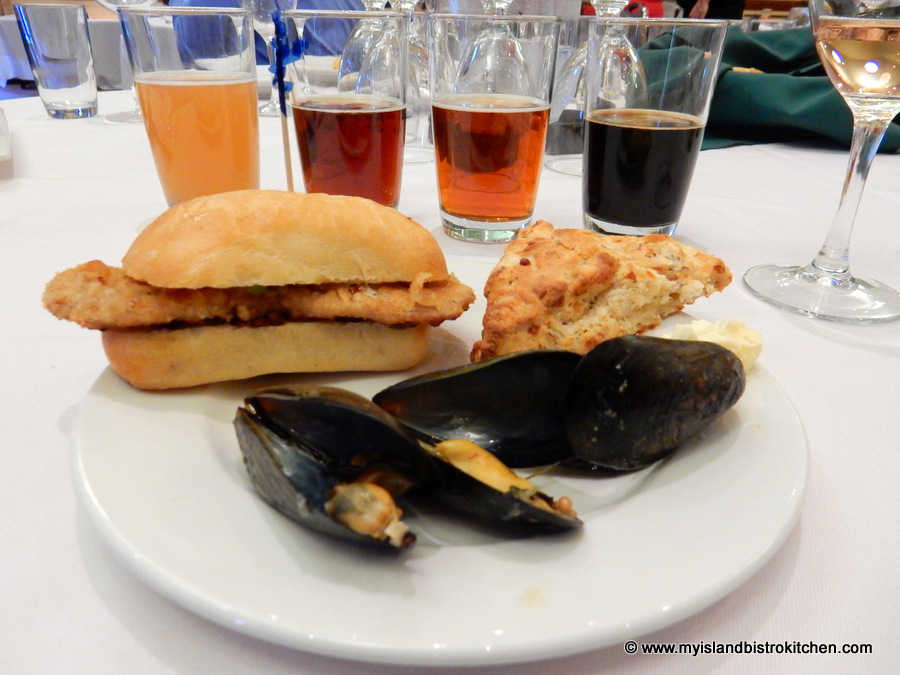 The event was also a good occasion to purchase cookbooks authored by Chefs Anna and Michael Olson and have them autographed. 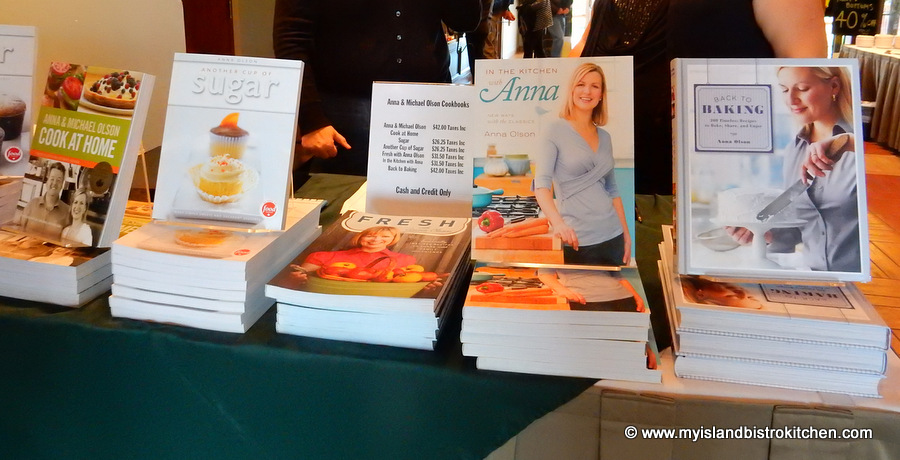 I liked this culinary event because it was casual and interactive with the chefs and it was educational. As a foodie, I am always looking for new and different ways to prepare local foods so including this type of event into a culinary festival is very appealing to me. I hope more of this type of event is included in the future.

To read stories about other PEI Fall Flavours Culinary Events I have attended, click on these links: