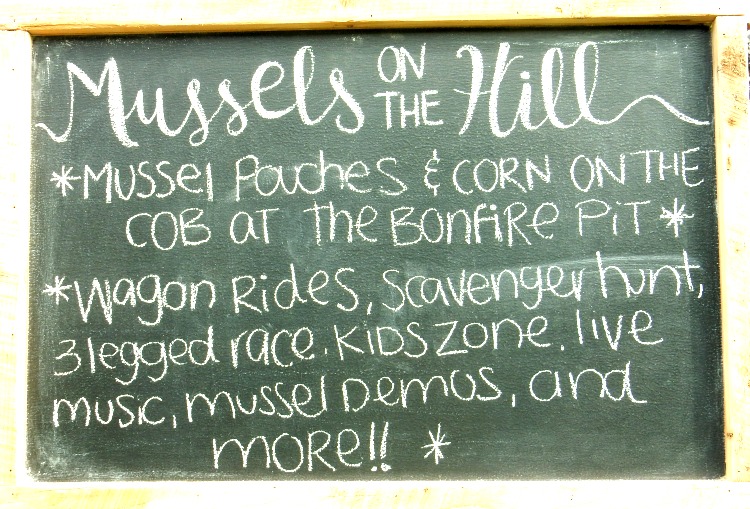 On a lovely Sunday afternoon on a hill in beautiful Clinton, PEI, the 2016 PEI Fall Flavours Culinary Festival came to a conclusion with a finale event featuring one of PEI’s finest shellfish – mussels.

The photo below shows an example of the mussel sock in which mussels grow.

According to the PEI Mussel Industry Council of PEI, the Island produces about 45 million pounds of mussels each year. This translates into approximately 80% of the entire mussel production in  Canada. So, it is only fitting that an Island culinary festival would dedicate an entire event to featuring mussels.

The Clinton Hills venue, frequently used for wedding receptions, proved to be a great location for this function which was hosted by guest celebrity chefs Anna and Michael Olson who are no strangers to the PEI Fall Flavours Culinary Festival. Anna and Michael have been a part of the Festival for many years and often host two to three signature events at the Festival each year.

The event began with a large campfire upon which the mussels were steamed. 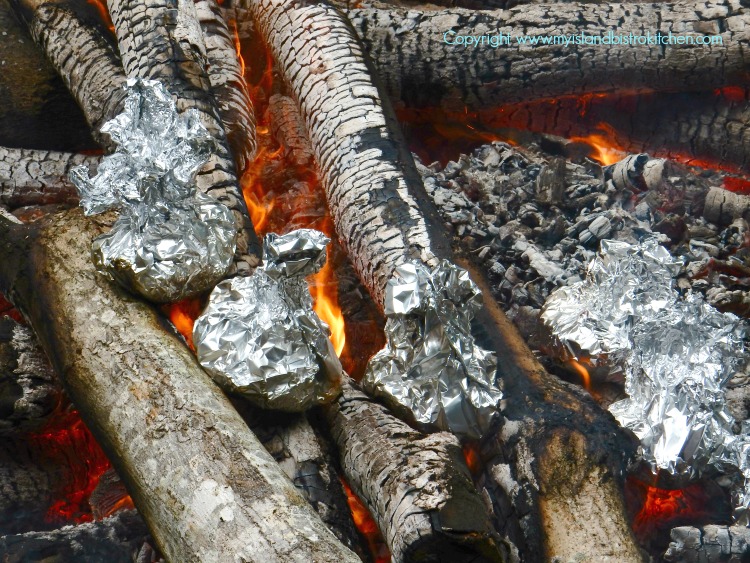 Everything always tastes better cooked over an open fire! Opening up the tinfoil packets revealed these tasty treats. Three options were available: Mussels steamed in white wine, orange juice, or a Caesar mix, all with aromatics added.

Mussels and corn on the cob are a great combo!

Chef Anna is checking out the yummy mussels.

Even chefs, like the rest of us foodies, just have to photograph their food before consuming it!

Any good party on PEI will have lively music. The strolling musicians were Mark Haines (fiddle) and Brad Fremlin (accordian).

After enjoying the mussels and corn by the campfire, folks moved over to the large tent just outside the event barn.

The PEI Brewing Company was serving some of their award winning beer.

Nova Scotia’s Benjamin Bridge Winery was the 2016 wine sponsor for the PEI Fall Flavours Culinary Festival.  They were pouring their famous Nova 7 wine. One of the great things about culinary festivals is the opportunity to discover new products. I discovered the Nova 7 wine at the PEI Fall Flavours Culinary Festival events in 2015 when Benjamin Bridge was also the wine sponsor.  This wine is an aromatic light-bodied  effervescent wine with a beautiful salmon or light coral color. Look for appealing aromatics with lovely floral and fruit notes in this wine. The Nova 7 is a very versatile wine, perfect for sipping or for pairing with a variety of foods, including seafood which made it a suitable accompaniment to the mussel dishes served at this event.

Making my rounds inside the tent, I started with a bowl of delectable homemade mussel chowder.

This was followed by yummy mussel fritters served in slider rolls.

I had not had mussel fritters before and these were super tasty! 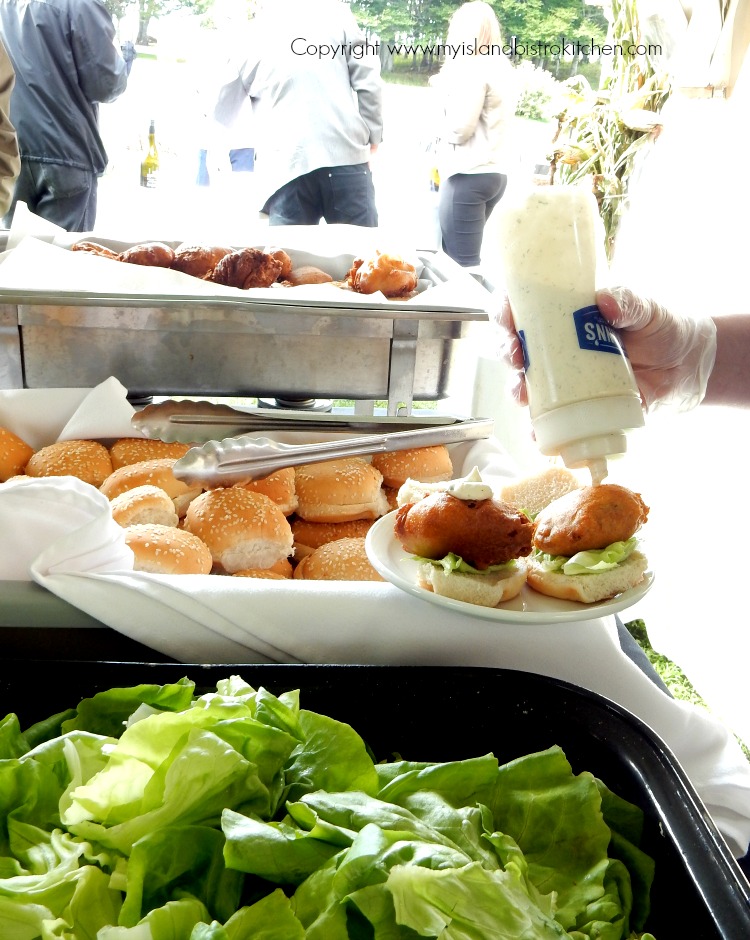 Upstairs in the main event barn, lobster poutine was being served. This was one event where you wanted to make sure you left the diet at home!

Anna and Michael did a demo of their favorite ways to steam mussels and adding aromatics to enhance the flavor of these tasty morsels. I like when the event also has a learning component to it.

Wagon rides around the farm were available throughout the afternoon. This was a rather stylish wagon ride with its benches!

If you are a foodie, then I recommend a trip to PEI in September when the whole month is dedicated to culinary events featuring one or more of the Island’s fine foods. It’s a great way to learn about the foods of PEI, try some new foods or new and different ways to serve them, and hear some great local musicians.